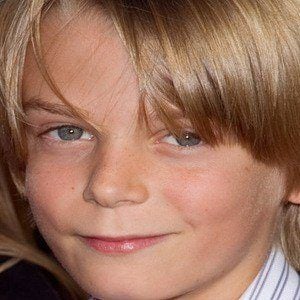 Rocketed to fame in 2010 portraying Young Bryce in the adaptation of the popular novel Flipped. He later joined the cast of the 2016 drama I'm Not Ashamed.

He made his acting debut in 2008 appearing in the short film The Journal.

Outside of acting, he has also dabbled in filmmaking, working as a production assistant in the 2016 film Gospel Adventures.

He gained fame as a child actress from the United States.

In Flipped, he portrayed the younger version of Callan McAuliffe's character Bryce.

Ryan Ketzner Is A Member Of