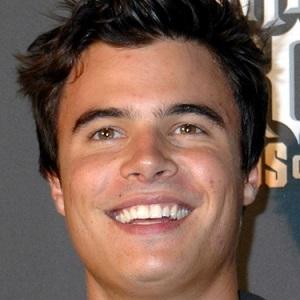 After becoming famous as Junior Davis on the ABC Family series Wildfire, Sypek guest-starred on Greek, How I Met Your Mother, The Secret Life of the American Teenager, and several other television series.

While working toward his Bachelor of Fine Arts degree at Boston University, he studied for a semester at the London Academy of Music and Dramatic Art.

He performed in a 2002 stage production of The Rose Tattoo at Boston's Huntington Theatre.

He was born and raised in Boston, Massachusetts, where he acted and played baseball at Wayland High School.

He appeared with Jessica Simpson in the 2008 film Private Valentine: Blonde & Dangerous.

Ryan Sypek Is A Member Of