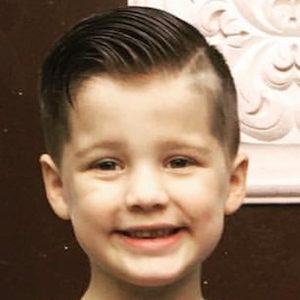 Widely known for being one of the twins featured on the Twiplet World family YouTube channel. He has gained popularity widely alongside his twin Rey for their Twin Wars series of toy reviewing and challenge completing vlogs. His parents, who run the Twiplet World channel, are named Mark and Michelle.

His parents created his YouTube channel on April 29, 2016. He was featured in the channel's first ever video posted on June 1, 2016.

He has helped his YouTube channel amass more than 110,000 subscribers. One of his most popular videos there, "Disney's PJ MASKS Craft Kit & FGTEEV (FUNnel Vision) MYSTERY BOX

Aside from his twin brother Rey, he has four other siblings named Alexa, Ariana, Angelee, and Ava.

He and ToysAndMe are both known for their prolific toy reviewing on YouTube.

Rylan Twiplet World Is A Member Of