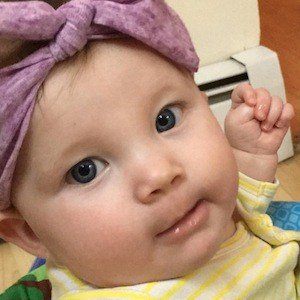 Widely known for being one of the triplets on the Twiplet World family YouTube channel. She has garnered widespread popularity there alongside her five siblings and parents for family vlogs, toy reviews, and challenge completions.

Her YouTube channel was created on April 29, 2016. She made her first appearance in a June 2016 vlog entry.

Her YouTube channel has amassed more than 110,000 subscribers. She has also seen it garner more than 9 million cumulative views.

Her parents are named Mark and Michelle. Her brothers Rey and Rylan have their own recurring segment on her family's YouTube channel called "Twin Wars." Her two fellow triplets' names are Ariana and Angelee. She has an older sister named Alexa.

She and Skylander Girl are both known for appearing on family-friendly YouTube vlogging channels.

Ava Twiplet World Is A Member Of