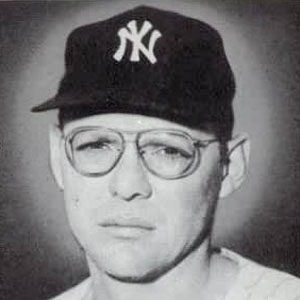 All-Star Yankees pitcher who had coke-bottle glasses and a 100-mph fastball.

He was drafted by the St. Louis Browns, and pitched one game for them in 1954 before being traded to the Kansas City Athletics, and in 1957 the Yankees.

Many batters were initially wary of him because of his combination of poor vision and fast pitches.

His nephew was the singer with the heavy metal band W.A.S.P.

Hall of Famer Ryne Sandberg was named after him.

Ryne Duren Is A Member Of