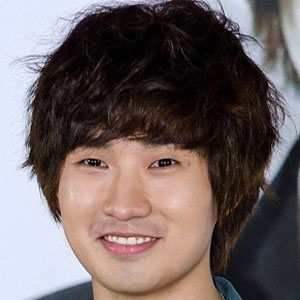 South Korean actor who has starred in numerous television, film and theater roles including the 2006 film, Like a Virgin. In 2013, he played Dong-joo in Nobody's Daughter Haewon and edited Behind the Camera.

He started acting at age 6 and played a role in the television series, Lifetime in the Country for eight years.

He directed a short film called Waiting in 2012.

He is the son of musical producer, Jung Ok-young.

He is an actor from South Korea like Steven Yeun.

Ryu Deok Hwan Is A Member Of