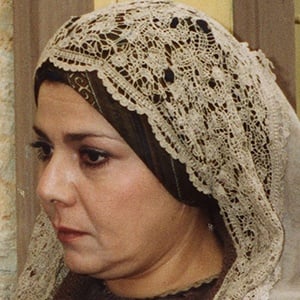 Popular film and television actress who is best known for her work in the 2008 drama Damascus: The Smile of Sadness. She also appeared in the film Al-lail in 1992.

She made her professional acting debut in the 1977 film Heroes Are Born Twice.

She was cast on the television program Bab Al Hara.

She has three children, Rasha, Taraf, and Karam.

Both she and Kinda Hanna were cast in Damascus: The Smile of Sadness.

Sabah Jazairi Is A Member Of