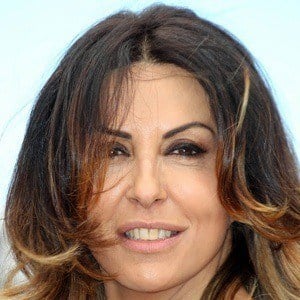 Award winning Italian film actress best known for her acclaimed roles in Me, Myself and Her, The Great Beauty, and Your Whole Life Ahead of You. She has also held recurring roles in the shows Commesse and Anna e i cinque.

Her first acting credit was in 1986 in the mini-series Hit Man.

In both 2008 and 2013, she won Best Supporting Actress at the Nastro d'Argento for her performances in Your Whole Life Ahead of You and The Great Beauty, respectively.

Her father was the speaker of the Italian Communist Party delegation, so she grew up keeping her leftism a secret. Her ex-husband is lawyer Andrea Perone. She later remarried to executive Flavio Cattaneo in 2011.

In the 2008 film Your Whole Life Ahead of You, she was joined in the cast by Laura Morante.

Sabrina Ferilli Is A Member Of