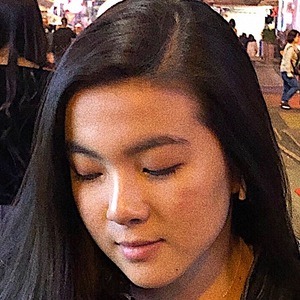 Chinese model and actress who played the role of young Serpina in the television series Darna and the role of Charrie in the 2008 film Padyak.

She won the title of Miss Laguna 2007 and was the first Little Earth Angel-Air.

She won a best actress award at the UP Short Film Festival for her role in the independent film Pers Lab.

Her family is from Hong Kong, China.

Sabrina Man Is A Member Of