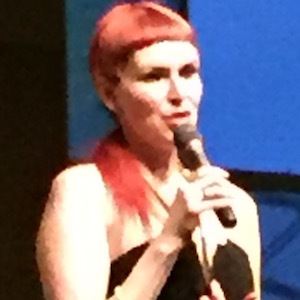 Yoga expert who rose to fame hosting Rock Your Yoga on the Veria Living Network. She also hosts her own self-titled YouTube channel with more than 130,000 subscribers and has authored the book The 21-Day Yoga Body. The book is also featured as an online video course. She released her debut musical album called Salt & Bone on October 2015.

After contracting a nerve illness as a teen, she threw herself into yoga to rehabilitate and fight the disease.

She has a second YouTube channel titled SADIE.tv where she has posted vlogs and workout videos.

Though originally from Iowa, she later lived in Brooklyn, New York.

She is a renowned yoga instructor and author like Ana Forrest.

Sadie Nardini Is A Member Of