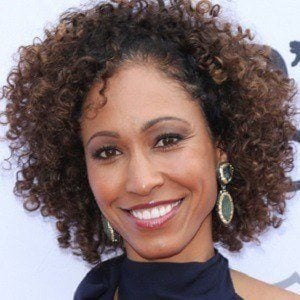 Television anchor known widely as the host of the weekend show NBA Countdown. She has previously appeared as a host on other ESPN series like SportsCenter, First Take, and SportsNation.

She earned a bachelor's degree in sports communication from Indiana University Bloomington. Twenty years later, she would deliver the undergraduate commencement speech at the institution.

She has contributed to the sports talk show Mike & Mike in the Morning with Mike Golic and Mike Greenberg.

She was born to her mother Mona and her father Gary. Her father was the first African-American to play varsity football at West Point. She also has two brothers, Courtney and Chad, the latter of which has served as a the Vice President of Media Relations for the Baltimore Ravens. She and her husband have three children.

She shares the news desk on NBA Countdown with fellow sportscaster Doris Burke.

Sage Steele Is A Member Of