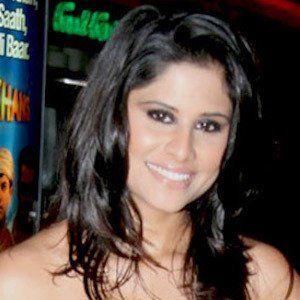 Film and television actress who is predominantly recognized for her work in Marathi and Hindi films. In 2012, she was cast as Bobby in the comedy feature No Entry Pudhe Dhoka Aahey.

She made her professional acting debut in the 2008 Hindi film Black & White.

In 2015, she was named one of the Most Powerful Women of the Year by FEMINA Power List.

She was cast in the 2017 film Solo which starred Dulquer Salmaan.

Sai Tamhankar Is A Member Of