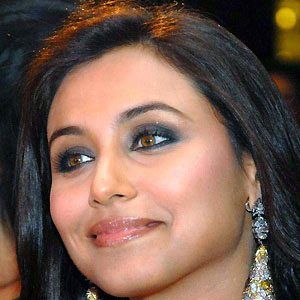 Leading Hindi actress who took home a Best Actress Filmfare Award for the 2005 film Black. She also became known for her starring roles in No One Killed Jessica and Talaash.

She earned a degree in Home Science from SNDT Women's University.

She has won over six Filmfare Awards.

Her family has long been involved in film; her father and brother are both film directors. She and her husband, Aditya Chopra, welcomed a daughter, Adira, in 2015.

She co-starred with Shahrukh Khan in the 2004 film Veer-Zaara.