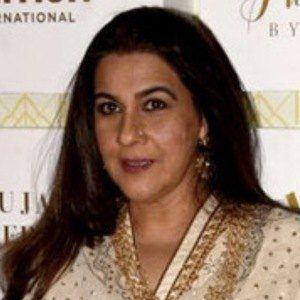 India entertainment veteran who earned a 2006 Filmfare Best Villainous Role award for her role in Kalyug. She also appeared in the 1986 film Naam.

She earned her first supporting acting role in the 1983 film Betaab.

She became known for her roles in Raju Ban Gaya Gentleman and Chameli Ki Shaadi.

She was married to Saif Ali Khan from 1991 to 2004; the couple had two children, Sara and Ibrahim.

She co-starred with Nana Patekar in the 1992 Bollywood comedy Raju Ban Gaya Gentleman.

Amrita Singh Is A Member Of