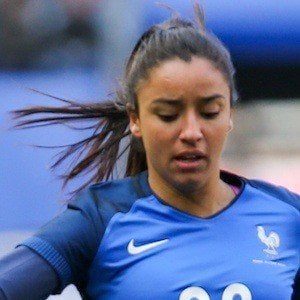 Professional soccer player who is known for playing the left back position for both France's women's national soccer team and Montpellier of the Division 1 Féminine.

She began playing soccer at a young age, competing against the boys in her neighborhood.

She was selected to play for France during the 2016 Summer Olympics in Rio de Janeiro.

Both she and Amandine Henry played for France's women's national team.

Sakina Karchaoui Is A Member Of