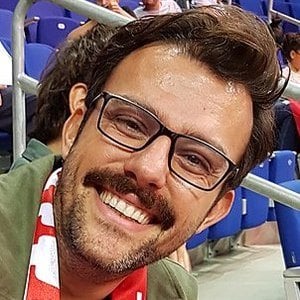 Turkish actor who has appeared in Kiralik Ask and Ulan Istanbul. He played the role of Hakan in the 2015 film Köpek.

One of his earliest roles was as Cenk in the 2007 film In Bar.

He posted a photo with his wife on his wedding day to his Instagram account in August 2015.

Salih Bademci Is A Member Of