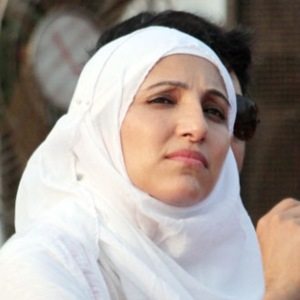 Anti-war activist who has campaigned against U.S. intervention in the Middle East as the head of the Stop the War Coalition. She was previously the leader and vice-chairman of the far-left U.K. political party known as the Respect Party.

She was raised primarily in Birmingham, England and studied to become a psychotherapist at Aston University.

She has been included on The Daily Telegraph's annual list of Top 100 Left Wingers.

She married Aqil Chaudary, with whom she has children. She is one of seven siblings.

She spoke alongside fellow activists like Jesse Jackson at a rally denouncing the U.S. invasion of Iraq in 2003.

Salma Yaqoob Is A Member Of