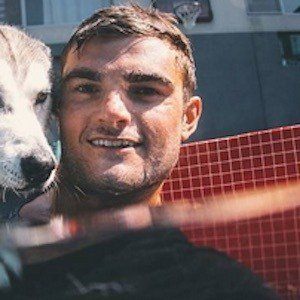 Australian landscape photographer who gained fame on the photo sharing network Instagram with his identical photo series in which he mocks his sister, Instagram phenomenon Sjana Earp.

He posted his first media to Instagram in March of 2014. It was in October of 2014 that he posted his first picture of himself mimicking his sister. Said picture was captioned as "The awkward moment when you wear the same outfit #whoworeitbetter."

He was born in Newcastle, NSW, AUS. He has a brother named Josh.

He and Bill Henson are both Australian photographers.

Sam Earp Is A Member Of