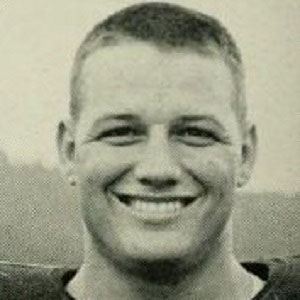 Hall of Fame linebacker who played for the New York Giants and Washington Redskins.

He grew up with no running water and his brother and father both had to work in the coal mines to support the family.

After football, he became vice president of sports marketing at the Marriott corporation.

His parents were Oral and Catherine Huff. He has three children named J.D., Catherine and Robert Jr.

He almost dropped out of the New York Giants training camp, but then assistant coach Vince Lombardi convinced him to stay.

Sam Huff Is A Member Of