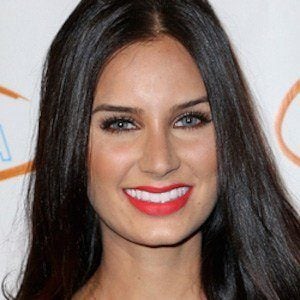 Reality star who first rose to fame competing for the heart of Chris Soules on season 19 of the Bachelor. She later appeared on and won the second season of its spin-off Bachelor in Paradise.

She worked as a fashion designer before joining the cast of the Bachelor season nineteen.

She has grown incredibly popular on social media, with more than 340,000 followers on her Instagram account alone.

Samantha Steffen Is A Member Of