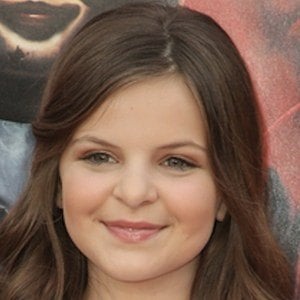 Actress who is perhaps most famous for her starring role as Bee Mullins in the horror film Annabelle: Creation (2017). She previously had roles in award-winning films like Foxcatcher (2014) and Concussion (2015).

She moved to the American South in 2008. She began her acting career at age 4.

She has a self-titled YouTube channel where she posts My Little Pony "blind bag" videos.

She plays the daughter of Anthony LaPaglia's character in Annabelle: Creation.