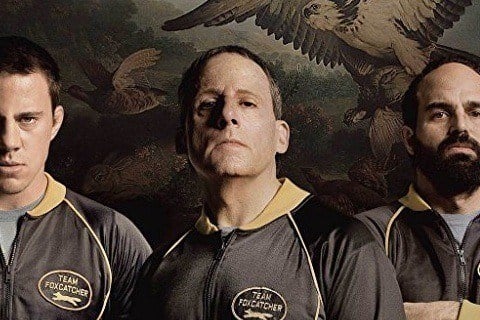 Based on a true story, the film follows John du Pont, a wealthy man who creates the wrestling team "Team Foxcatcher" by inviting wrestling champions and brothers Mark Schultz and Dave Schultz to compete in the 1988 Olympics.

The film was nominated for five Academy Awards. Actor Mark Ruffalo gained over 25 lbs for his role as Dave Schultz.