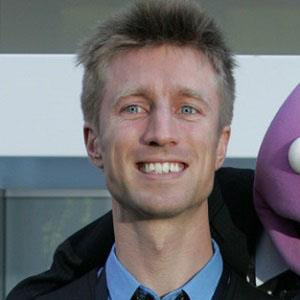 Famous for his ARIA Award-nominated comedy music album Skinny Man, Modern World (2012), this singer, songwriter, and comedian is also known for his solo shows at the Melbourne International Comedy Festival and the Edinburgh Festival Fringe. In addition, he appeared on and wrote the Comedy Channel television program The Mansion.

While briefly a law student at the University of Melbourne, he was heavily involved in the school's Melbourne Law Comedy Revue performance troupe.

He and puppeteer Heath McIvor collaborated on the creation and performance of several acclaimed stage productions, including Sammy J in the Forest of Dreams, Ricketts Lane, and The Inheritance.

Born Samuel Jonathan McMillan, he spent his youth in Australia.

Sammy J Is A Member Of