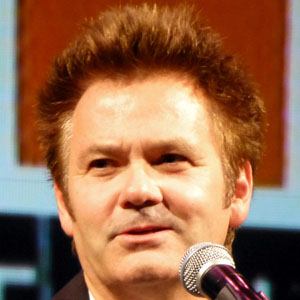 Known best for his work on the Australian satirical program Good News Week, this popular comedian also performed with GUD and several other music and comedy bands. Also a writer, he penned columns for The Weekend Australian, The Sydney Morning Herald, and other publications.

At the start of his entertainment career, he was a street performer and a member of a comedy act called Gigantic Fly.

He earned a 2010 Gold Logie Award for his comedic television hosting work.

He and his fraternal twin grew up in Sydney, Australia, with four other siblings. Later, he had a relationship with Melissa Lyne that resulted in a son named Xavier.

In the late 1980s, he joined fellow comedian Tim Ferguson in a performance group called the Doug Anthony All Stars (DAAS).

Paul McDermott Is A Member Of