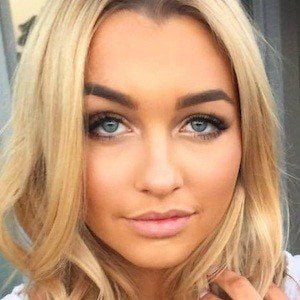 Australian beauty guru who posts makeup and hair related content to her self-titled channel, where she has accumulated more than 700,000 subscribers.

She got started on social media with Instagram, posting her first piece of media, a picture of one of her cats, to the network in February of 2012.

She studied public communications at university. She was signed by a management company called Max Connectors.

She was born in Melbourne and moved to Sydney when she was about one or two years old. She has two younger sisters and an older brother.

One of her most viewed videos became her "Gigi Hadid VMA's Makeup Look" tutorial.

Sammy Robinson Is A Member Of