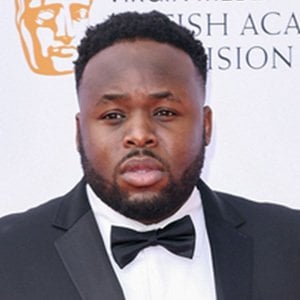 English actor and writer who is best recognized for his television appearances including as the recurring characters of Horace in the series Timewasters as well as Joshua in the series Sliced. He is also known for his film roles and has appeared in the productions The Weekend Movie in 2016 and The Voyage of Doctor Dolittle in 2020.

He started his acting career in several short films throughout 2011 and gained attention in 2013 when he landed the recurring role of Boss Fury in the series Youngers. He started his writing career in 2018 when he penned scripts for several episodes of the television series Famalam.

He has been nominated for a BAFTA Award in 2018 for Best Male Performer in a Comedy Program for his work on the series Famalam. He was also nominated for Best Comedy Performance at the Royal Television Society UK in 2019.

He was born and raised in England and shared a photo with his mom and sister through Instagram in April of 2018.

He starred alongside Adelayo Adedayo and Ellie White in the 2017 comedy series Timewasters.

Samson Kayo Is A Member Of