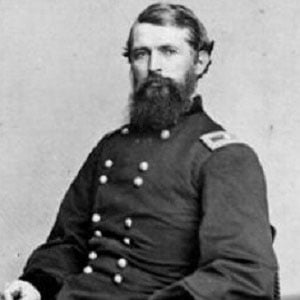 Remembered for serving in both the Union Army during the American Civil War and in the United States Navy in the postbellum period, Samuel "Powhatan" Carter held the military offices of Brevet Major General and Rear Admiral.

After studying at Washington College and Princeton University, he attended the United States Naval Academy and fought in the Mexican-American War.

He taught mathematics at the U.S. Naval Academy during the early 1950s and took part in military operations in Brazil and China in the years leading up to the Civil War. His nickname, "Powhatan," was actually the code name he used when rallying Union sympathizers and potential Union military recruits living in the Confederate-dominated American South.

The child of Evalina Belmont Perry and Alfred Moore Carter and the brother of William Blount Carter and politician and military officer James Patton Taylor Carter, Samuel Perry Carter spent his youth in Elizabethton, Tennessee. For the last decade and a half of his life, he was married to Martha Custis Williams.

Carter and fellow U.S. Navy officer and Tennessee native David Farragut both fought on the side of the Union during the Civil War.

Samuel P Carter Is A Member Of