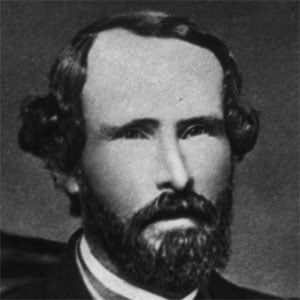 This prominent nineteenth-century lawyer and planter is perhaps best remembered for his service during the American Civil War as Secretary of War of the Confederate States. He entered the Confederate Army as a major and began rising through the ranks after participating in the Battle of Big Bethel (Virginia) in 1861.

Before serving in the Confederate Army, he attended the University of Virginia and enlisted in the United States Navy.

In the years following the Civil War, he lived in England and France. One year before his death from tuberculosis, he returned to his native Virginia and was laid to rest at Monticello (the Jefferson family's homestead).

He married Mary Elizabeth Adams Pope in 1852. The son of Martha Jefferson Randolph and the grandson of third United States President Thomas Jefferson, he was also related on his father's side to Jamestown colonist John Rolfe and Rolfe's Native American wife, Pocahontas.

Jefferson Davis made Randolph Secretary of War in March of 1862.

George W Randolph Is A Member Of