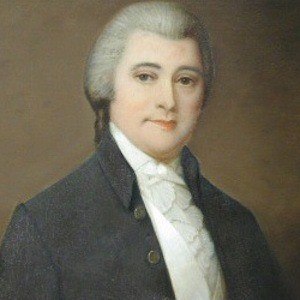 One of the signers of the United States Constitution who was the North Carolina delegate at the Constitutional Convention in 1787. He also served the state of Tennessee as it's first US Senator from 1796 to 1797.

He was a paymaster of the 3rd North Carolina Regiment during the American Revolutionary War.

He pushed efforts in the legislature to open the lands west of the Appalachians to settlement and as Governor of the Southwest Territory, he negotiated the Treaty of Holston in 1791, which brought thousands of acres of Indian lands under U.S. control.

He was the child of Jacob and Mary Gray Blount and married Mary Grainger to have son William Grainger Blount.

He and James Madison were both signers of the U.S. Constitution.

William Blount Is A Member Of