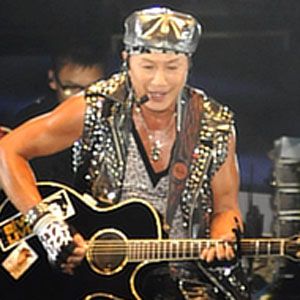 Cantopop singer and actor who has been known to be a part of the popularization of Cantopop music and Western style music mixed with Cantonese lyrics.

He studied at the University of Hong Kong, Ying Wa College, and St. Francis Xavier's College in the 1960s and 1970s.

His film debut came with the film Black Alley Princess in 1973. He also starred in the Aces Go Places series of action films that appeared in the 1980s.

He married Rebecca Fleming and the couple has two sons, Ryan and Scott.

He starred in the short film, Winner Takes All, with Nicholas Tse.

Samuel Hui Is A Member Of