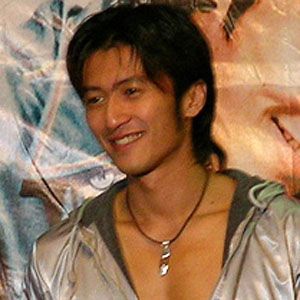 Singer and actor who received a Hong Kong film Award for Best Actor in 2011 for his role in The Stool Pigeon. He and played a role in the hit film, New Police Story.

He briefly attended Hong Kong International School before deciding to drop out.

He was a singer in his home country and was discovered by Albert Yeung of Emperor Entertainment Group.

He had two sons with Cecilia Cheung, whom he was married to from 2006 to 2011. Before he was married to Cecilia, he dated Faye Wong, but they broke up in 2002. After his divorce, he and Wong rekindled their relationship.

He collaborated with Jackie Chan in New Police Story.

Nicholas Tse Is A Member Of