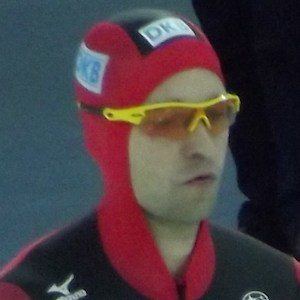 Swiss producer known for his ambitious, transmedia project known as The Polder, which has been notably manifested as an Alternate Reality Game and a feature film.

He attended the Zurich University of the Arts before starting his theatre career. He's worked extensively with the group 400asa.

His 2011 film Mary & Johnny won a Berner Film Prize. His radio play RöstiBlitz also won an award from the Zurich Radio Foundation in 1998.

He grew up in Bern, Switzerland.

He's stated that Stanley Kubrick's 2001: A Space Odyssey is one of his favorite films.

Samuel Schwarz Is A Member Of