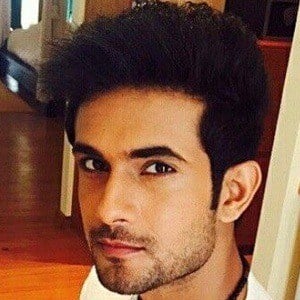 Famous as the frontman of the Indian pop-rock group SANAM, he is also known for his contributions to the soundtracks of Bollywood films such as Gori Tere Pyaar Mein (2013) and Humshakals (2014).

A largely self-taught musician, he began singing at age six and later learned to play the piano and guitar. Before launching his music career, he briefly studied at the University of Delhi's Kirori Mal College.

He and Samar Puri, his brother and bandmate, were raised in New Delhi and Noida, India, as well as in Muscat, Oman.

He and Indian folk singer Raghu Dixit both contributed to the A.R. Rahman-composed "Micromax Unite Anthem" in 2014.

Sanam Puri Is A Member Of