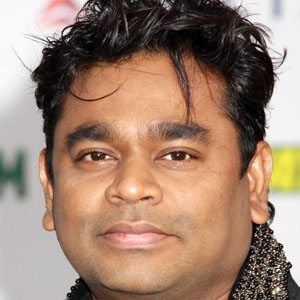 Academy Award-winning composer regarded as one of the greatest and most prolific film composers of all time. He was called the Mozart of Madras for composing the scores for the 2008 film Slumdog Millionaire and the 2005 film Lord of War.

He first showed his interest in music by playing the keyboard in childhood bands. His first film score was for the Tamil film Roja from 1992.

He was born into a musically affluent Mudaliar Tamil family. His father, RK Shekhar, was employed as a film music composer and conductor. He fathered three children with his wife Saira Banu.

AR Rahman Is A Member Of