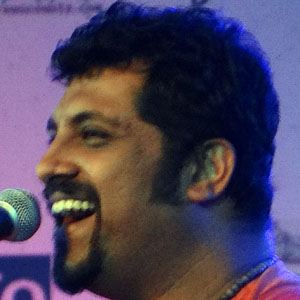 Famous as the founder and frontman of both The Raghu Dixit Project and Antaragni, this Indian folk vocalist and songwriter became known for such popular songs as "Mumbai," "Hey Bhagwan," and "Khidki."

His first album, the eponymous Raghu Dixit, was released in 2008 on the Vishal & Shekhar Music label.

Active in the Kannada, Malayalam, and Bollywood film industries, he contributed songs to such popular movies as Quick Gun Murugan and Just Math Mathalli. His critically-acclaimed 2013 recording Jag Changa includes songs in the Tamil, Kannada, and Hindi languages.

He performed for Queen Elizabeth II at her 2012 Diamond Jubilee.

Raghu Dixit Is A Member Of