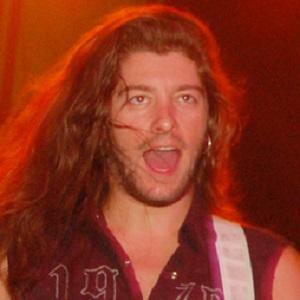 Famous as a founder of the symphonic metal group After Forever, this Dutch guitarist, singer, and songwriter also became known for his collaborations with German musician Michael Kiske and American vocalist Amanda Somerville. His albums with After Forever include Prison of Desire, Decipher, and Invisible Circles.

He and fellow guitarist Mark Jansen founded After Forever in 1995; the band's original name was Apocalypse.

His After Forever side project, HDK (Hate, Death, Kill), released its debut album, System Overload, in 2009.

He collaborated with Michael Kiske on the Kiske/Somerville music project.

Sander Gommans Is A Member Of