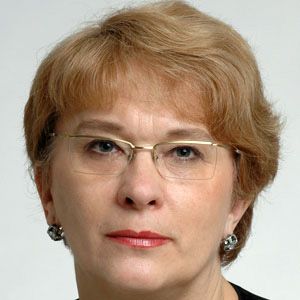 Latvian politician, diplomat, and independence movement leader who served as Foreign Minister of Latvia from 2002 to 2004. She was previously the Latvian Ambassador to the United Nations from 1993 to 1997.

She graduated from the Department of Art History and Art Theory in the Art Academy of Latvia.

Her parents raised her in Siberia.

She wrote a book about her family's deportation during the Joseph Stalin era.

Sandra Kalniete Is A Member Of