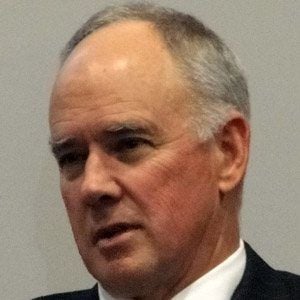 Baseball executive who became the general manager of the New York Mets in 2010 and was one of the first GMs to apply the principles of sabermetrics.

He graduated from Dartmouth College and Harvard Law School.

He was a mentor to Billy Beane, who eventually succeeded him as general manager of the Oakland A's.

Sandy Alderson Is A Member Of