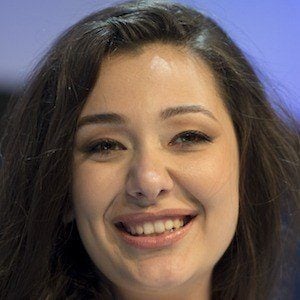 Serbian musician known for being the lead singer of the band ZAA. She represented her country at the 2016 Eurovision Song Contest, where she finished 18th.

She grew up studying music and singing with groups. She joined ZAA in 2012.

She released the album What About with ZAA and has studied Arabic literature at the University of Belgrade.

She grew up in Krusevac, when it was part of Yugoslavia.

Sanja Vucic Is A Member Of