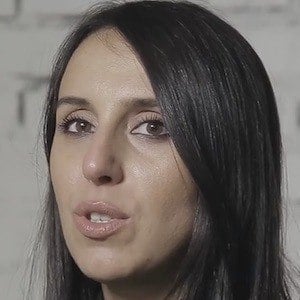 Singer whose song about the deportation of Crimean Tatars, "1944," earned her first place at the 2016 Eurovision Song Contest, representing Ukraine. She's also known for her albums For Every Heart, All or Nothing, and Thank You.

She recorded her first songs when she was only nine years old and attended Simferopol Music College. Her breakthrough came when she won the 2009 New Wave competition.

She's also had a handful of acting roles, including dubbing the voice of the caterpillar in Alice's Adventures in Wonderland and playing Olga in The Guide. She's also performed in opera, including The Spanish Hour.

Her real name is Susana Jamaladynova. She comes from a Crimean Tatar family which was forcibly relocated during Joseph Stalin's reign of the Soviet Union.

The performed in the Spanish Hour, written by Maurice Ravel.

Jamala Is A Member Of