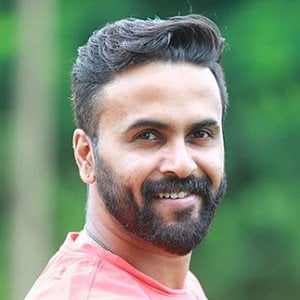 Indian actor primarily known for his work in Malayalam cinema productions such as 1983, Bharya Athra Pora and Monsoon Mangoes. He's very popular on Instagram where he posts lifestyle photos for 270,000 followers.

His first credited acting role was in the 2013 feature Nee Ko Nja Cha.

He co-hosted the TV series Malayali Veetamma in 2016.

He was born in Kolkata, India.

He acted alongside Vinay Forrt in the 2016 film Hello Namasthe.

Sanju Sivram Is A Member Of