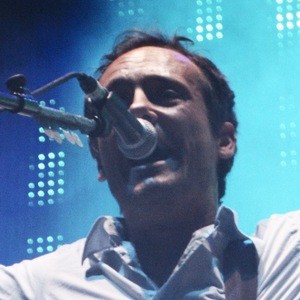 Spanish singer and author who's best known as a member of the band Love of Lesbian. He has released several albums such as Microscopic Movies, Is it Fiction?, and Ungravity.

He started his career in music after finishing in second place in a contest by Ruta 66 magazine in 1997.

He published his first novel Yo mataré monstruos por ti in 2011.

He was born and raised in Catalonia, Spain. He has two daughters.

He has collaborated with singer Ivan Ferreiro on "Reina Leia" in 2018.

Santi Balmes Is A Member Of