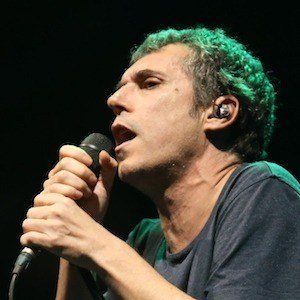 Singer-songwriter most well known as the frontman of the rock band Los Piratas. The band enjoyed success for more than a decade before splitting in 2004. He then went on to release several solo albums including 2006's Las siete y media.

He co-founded Los Piratas in 1989. The band was originally known as Los Piratas del Capitán Baroli. They wouldn't release their first album, Quiero hacerte gritar, until 1993.

In 2005, he launched the collaborative project Laboratorio Ñ which featured several Spanish and Argentine musicians.

He and his brother, Amaro, briefly formed a duo after the dissolution of Los Piratas and began performing in Vigo. His brother has also accompanied him on tour.

Iván Ferreiro Is A Member Of