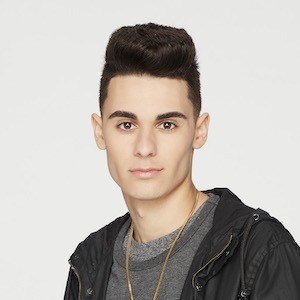 Pop singer known for being a part of ABC's Boy Band. He formed a boy band with his younger brothers called TMPTR; they have singles such as "Is It Too Late?" and "I Got You."

He graduated from his performing arts high school in 2017.

His boy band originated under the name Thr3Card before switching to TMPTR in 2018.

His brothers, Gianni and Dante, are both in TMPTR.

His biggest influences are the Jackson 5, The Beatles, and Justin Bieber.

Santino Cardinale Is A Member Of