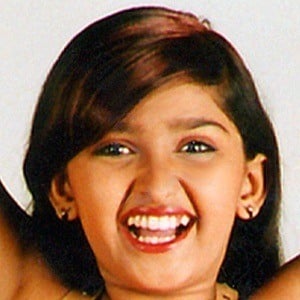 Award-winning actress as a child and adult who has appeared in Malayalam and Tamil films, as well as television serials. She is also known as Baby Sanusha.

She was five years old when she made her professional acting debut in the movie Dada Sahib.

She was born in Nileshwaram, Kerala, India. She and her brother Sanoop Santhosh have parents named Santhosh and Usha.

She starred alongside Unni Mukundan in the movie Oru Murai Vanthu Parthaya.

Sanusha Is A Member Of