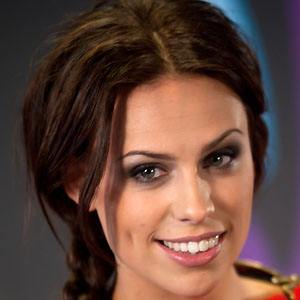 Singer and member of the Swedish pop group A-Teens. Her band's debut album, The ABBA Generation, sold millions of copies and launched the A-Teens to international fame.

She formed the A-Teens with Marie Serneholt, Amit Paul, and Dhani Lennevald.

She worked as a voice-over artist for video games.

She was born to a father of Swedish descent and a mother of Turkish and Filipino heritage.

She and Marie Serneholt were both members of A-Teens.

Sara Lumholdt Is A Member Of