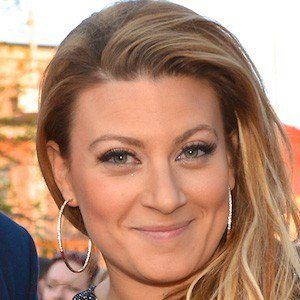 Swedish singer and former child actress known for her albums Moving On and Winterland. She's also known for playing the character Lynda Woodruff, who claims to be an official representative of the Eurovision Song Contest.

She started acting in 1989 when she landed a role on the show Maskrosbarn. She would go on to appear on Bert in 1994. Her first EP was released in 2005.

She attended the prestigious Adolf Frederik's Music School. She's also acted in theatre, worked as a radio host, and has twice competed in Melodifestivalen.

Her sister is Zoie Finer and she's the half-sister of Rennie Mirro.

Sarah Dawn Finer Is A Member Of