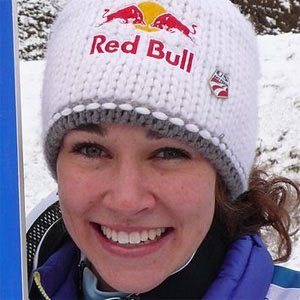 2013 gold medalist at the FIS Nordic World Ski Championships in the women's individual normal hill event. She made history at the 2014 Sochi Games by being the first woman to jump in a women's ski jump event. She became the first-ever women's World Cup overall title winner in 2012.

She started competing in ski jumping events during her high school days.

She was born and grew up in Salt Lake City, Utah and was on skis by the age of 2. Her father was a former ski jumper. She has been with her boyfriend, fellow Olympic freestyle skier Torin Yater-wallace, since 2014.

She is an Olympic skier just like Bode Miller.

Sarah Hendrickson Is A Member Of