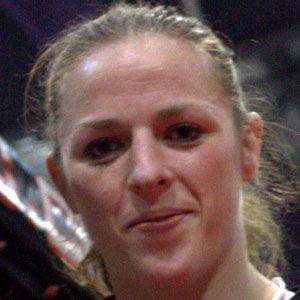 Canadian MMA fighter who became the first-ever Strikeforce Women's Bantamweight Champion. She has been ranked in the top five in the women's world bantamweight rankings.

She was a dancer who practiced a variety of styles including jazz and hip-hop.

She studied to become a cardiovascular surgeon at the University of Victoria.

She comes from a Jewish family.

He defeated Miesha Tate via unanimous decision in May 2009.

Sarah Kaufman Is A Member Of