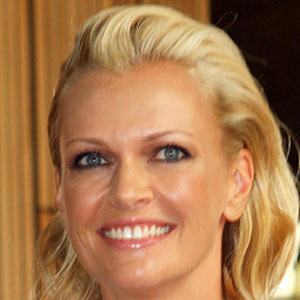 Known for her work for the Estée Lauder, L'Oréal, and Revlon brands, this popular model appeared on the covers of such fashion magazines as Vogue, Harper's Bazaar, and Glamour. Also a television personality, she hosted Pride of Australia, Australia's Next Top Model, and Australia's Today show.

In her youth, she trained as a ballet dancer at the McDonald College of the Performing Arts in Sydney, Australia.

Though born in London, England, she was raised in Sydney, Australia. Her marriage to businessman resulted in a daughter named Aerin and sons named Kalan and Aidan.

She and fellow model Shalom Harlow co-starred in the comedy movie Head Over Heels.

Sarah Murdoch Is A Member Of